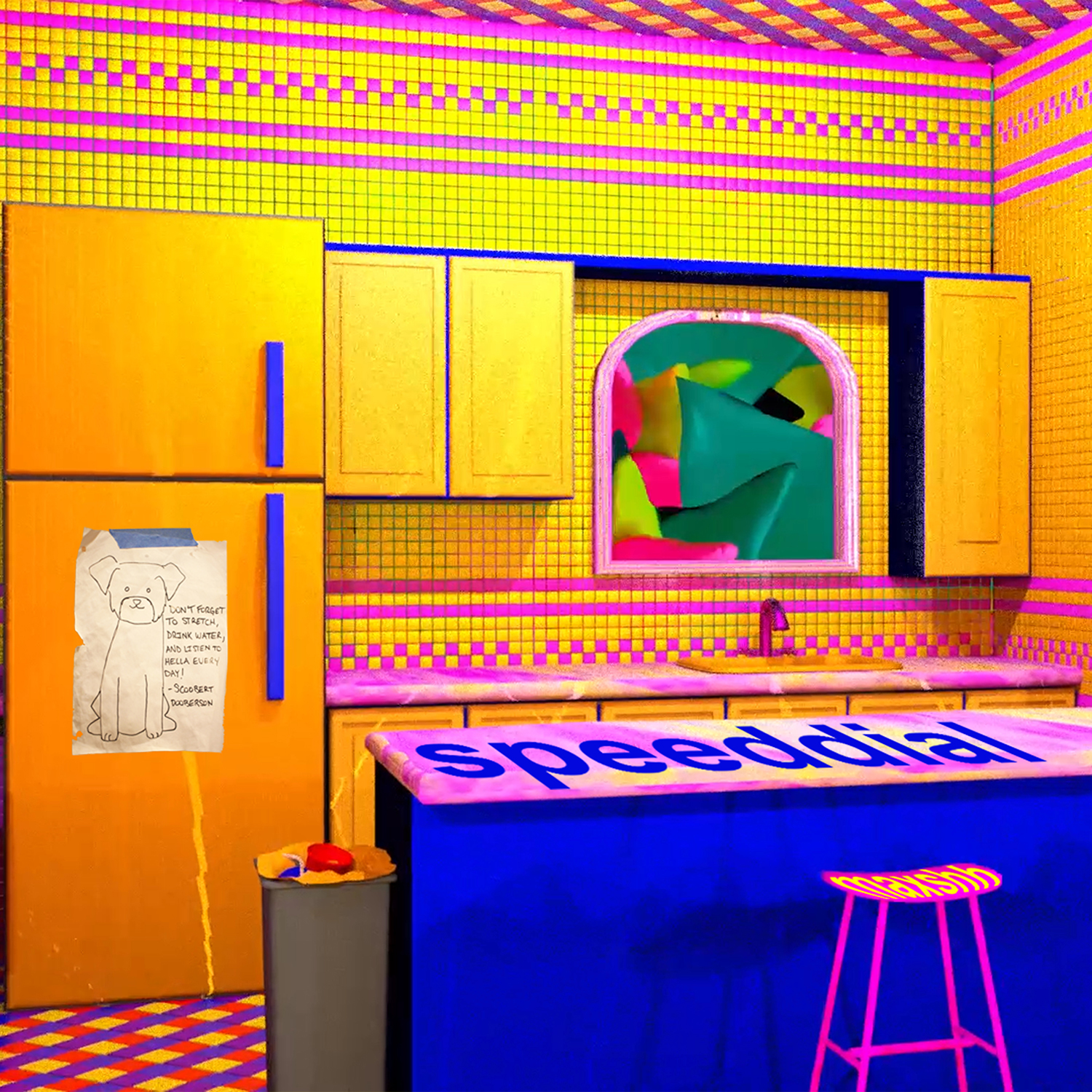 we're thrilled to formally announce the new record from Maxshh Feedback & PB due out 1/29/21! the first single "Speeddial" is out today on youtube:

and the digital here: https://maxshh.bandcamp.com/album/feedback-pb

Feedback & PB is the second full length record from Maxshh, the solo project of Max Goldstein (Fred Cracklin, Eieieio, et. al) composed about seven years ago, and tinkered with ever since. Following in the footsteps of 2020's Half A Loaf (named one of Post-Trash's 50 best of the year), Feedback & PB is a collection of songs that Maxshh was working on rerecording, and generally tweaking to perfection for half a decade. The end result is a gorgeous and multifaceted look at his work across time - there are sonic elements here from other more well known projects (Tundrastomper, Fred Cracklin) and textures and ideas yet unprecedented in his catalogue. Taken together, it is the pure uncut Maxshh that is so rending and genuinely exceptional. Tracks "Breakfast of Chimps," "Song for F," and "Achilles First Stand," traverse an enormous sonic palate, and yet they are decidedly of the same unfettered origin, showing the immense talent and creativity on display. Moments on "New Jane, New John" and "Hungry Hungry Hypocrite" push the boundary between the pedal-mania of Max's work with Vishnu Basement and the simpler bleeps and bloops associated with home recording. Here, and elsewhere on the record they intertwine, the analog digital (guitar pedals, live drums) being interspersed with the digitally analogue (direct-in keys, programmed drums), all exhibiting the building up and manipulation of this music over time. As in much of Maxshh's songwriting, the lyrics here skew towards animated realism, alluding to tactile sensations grotesque or intentionally understated in their language, serving as a throughline across the different geographies of the record. There is an immense amount here to bury oneself in, and certainly something for everyone. 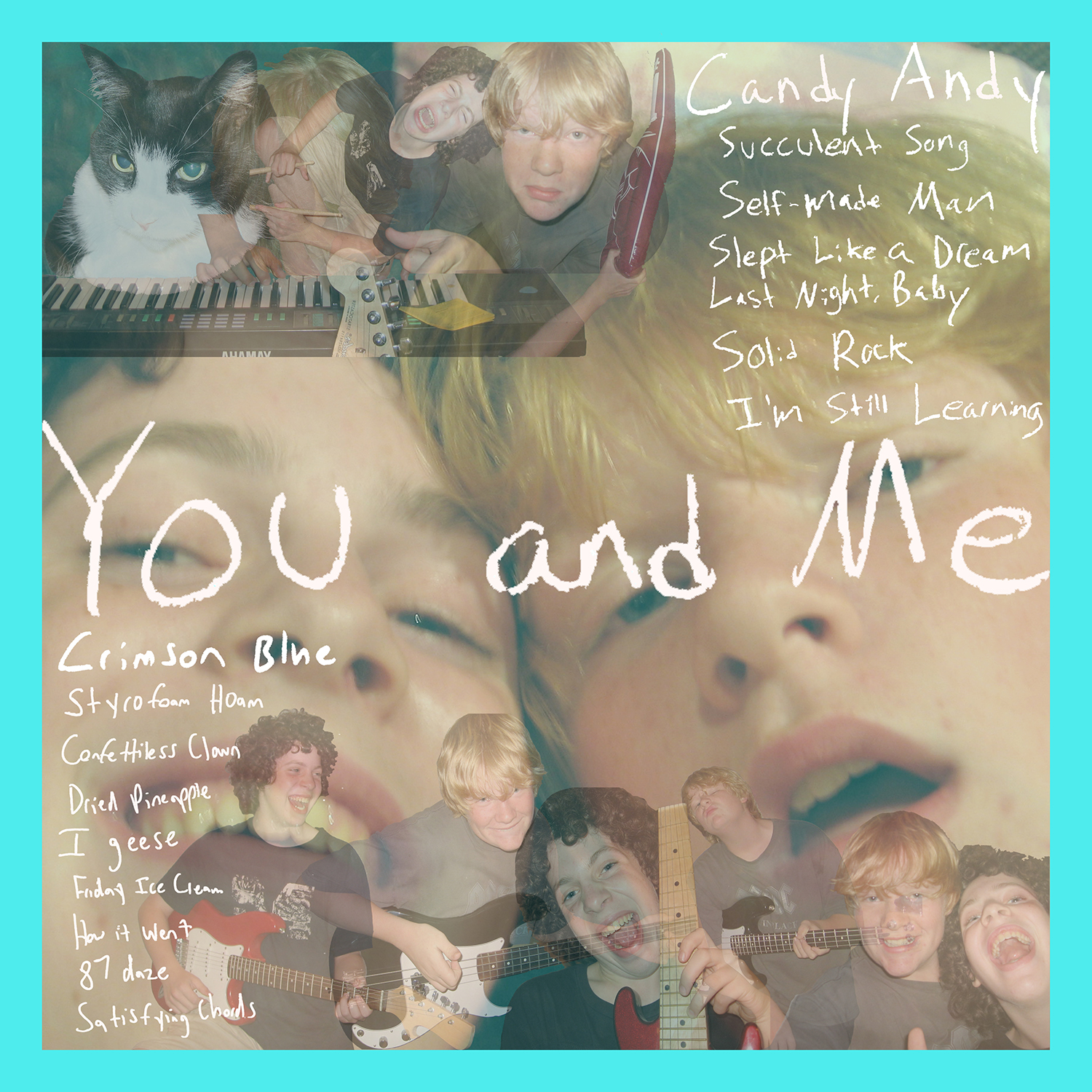 We're delighted to have released a split record from the immense talents of Tundrastomper's Andrew Jones (Candy Andy) and Sam Brivic (Crimson Blue). This incredibly sweet and good record follows in the footsteps of 2018's Thank You Lrrr, You're Welcome Maxshh a split from Tundrastomper's other two members.

You and Me is a delightful, wild romp through the psychies of Sam and Andrew, from the freakout-jazz of "Self-Made Man (ft. Olivia W-B)", assisted by the excellent work of Rong's Olivia W-B, of to the glowing lo-fi of "I Geese". There is noteworthy harmony between the two sides of the record; Andy's meditations on small moments mirror those of Sam's but manifest in remarkably different and equally gorgeous ways. "Satisfying Chords" is a darkly funny entry in the Sad Cactus oeuvre, not a subtweet at all, and true to its title. "Solid Rock" is a rending two-plus-minutes of songwriting, followed by the equally moving "I'm Still Learning," an ode to being stupid as all shit, something I personally identify with very strongly. Could also be about grad school; regardless it is a standout that blends influences into a singular sonic palate. "Styrofoam Hoam" is a perfect song, especially, it must be said, in this Halloween season. There is nothing missing here, these are eloquent expressions of existence and I cherish them.

I guess I don't have to be "objective" or whatever here - this isn't a blog; I love this record and I love the idea of making something with your closest friend(s). The music is great, and the ideology is even firmer - this is what counts when general existence is currently so circumscribed. You and Me rocks, in so many ways.

You can purchase a copy of the record via either Candy Andy's bandcamp, or Crimson Blue's. All proceeds go to the Pioneer Valley Workers Center. The record is available to stream anywhere streams are strum.